The Cromwell Museum is home to the best collection of items relating to the life and times of Oliver Cromwell on public display anywhere in the world. The collection comprises over 800 items, including portraits, clothing, miniatures, arms and armour, historical documents written by or about Cromwell, and displays one of his death masks.

The Museum is located in the former Huntingdon Grammar School building, which was where Oliver Cromwell was educated as a schoolboy. The building itself is all that remains of a medieval hospital, built to provide hospitality for travellers and pilgrims in the 11th century.

The Museum tells the story of Cromwell’s life, from his time at the school and his early years in Huntingdon and St Ives, before he became involved in national politics. On display you can see the vestry book of the parish of St Ives, which includes his signature, and some of his possessions, including his hat. By contrast, the Museum’s exhibits include luxurious items given to Cromwell later in life, including a magnificent Florentine perfume cabinet, which was a gift from the Grand Duke of Tuscany; and a 17th century medicine chest still with its surgical instruments and tools, which Cromwell is said to have taken on campaign with him.

We also tell the story of Cromwell’s military career, and have several of his swords displayed alongside other weapons, arms and armour of the English Civil War. Displays also include many original and iconic paintings of Cromwell, his family, his political and military contemporaries and of events relating to the Civil War, by the great artists of the period including Robert Walker, Sir Peter Lely, William Dobson and Samuel Cooper.

Our displays look at more than simply Cromwell himself; they also examine his impact and legacy right through to our own times. The Museum cares for an impressive collection of drawings and cartoons including works by Gerald Scarfe and Quentin Blake. It is impossible to show everything in the Museum so exhibits are regularly changed.

Visitors can see more through our programme of regular temporary exhibitions and events throughout the year; we also offer tours and activities for groups and schools.

The Museum is operated by an independent charity, the Cromwell Museum Trust. 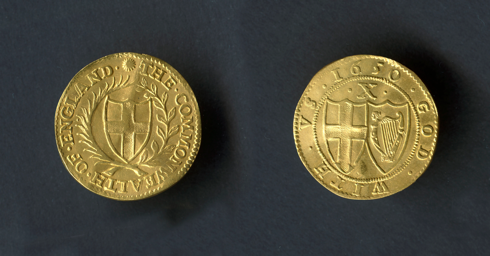 This is a development site

No style guide found. Please add one to tcm.partials.global